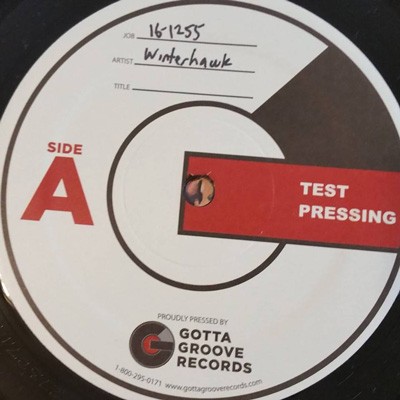 Winterhawk - Revival LP vinyl reissue test pressings have been approved and now it's off to final press soon. Here's more info on this upcoming release:

- "You can bet your bottom dollar that somewhere at the opposite end of the Time Tunnel, Winterhawk's seven-minute piece de resistance Period of Change is more revered than Kansas's Dust in The Wind, and Macarus is playing in Deep Purple instead of Steve Morse. Seriously, Winterhawk are that good." - Geoff Barton (Classic Rock)

- "In my past twenty years as an addict of heavy guitar music, I have never heard anyone who played the electric guitar like Jordan Macarus. The three songs that Macarus wrote on his own in 1979 ("Period of change", "Revival" and "Free to live") I shall take with me into my grave, because I don't think I will ever hear anything like that again even in the afterlife." - Sacred Metal